Gifts To Caregiver - Special Protocols Are Required. Sample Case Where Court of Appeals Ruled Step-Daughter Was An "Heir" For Purposes of "Blood or Marriage" Exception 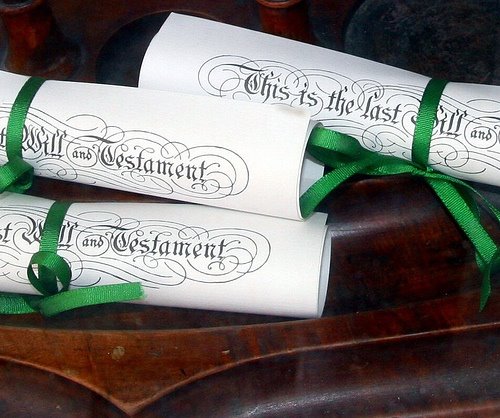 When a client (especially an elderly one) wants to make a bequest to a caregiver in estate planning documents (a trust or will), the law requires a special protocol. Similarly, when we are hired as an administrator or to represent beneficiaries, gifts to caregivers are subject to great scrutiny. Why? Gifts to caregivers are generally prohibited by law under California Probate Code section 21350 with some exceptions.
Probate Code Section 21351, enumerates several exceptions to this general rule. One of the exceptions—found in Section 21351(a)—provides that section 21350 does not apply IF the transferor is related by blood or marriage to, is a cohabitant with, or is registered as a domestic partner of the transferee. Cal. Prob. Code § 21351(a).
One California published decision addressed whether this provision applied to a stepdaughter by marriage and highlights the issues that arise when a caregiver is a beneficiary under a trust or will. This California Court of Appeal case is Hernandez v. Kieferle (2nd Circuit, 2011).
In Hernandez v. Kieferle, the Second Appellate District of California reviewed a probate court decision which invalidated an amendment to a trust designating stepdaughter Claudine Kieferle as the trustee and sole beneficiary of her stepmother Gertrude’s estate.
In plain language, here is what happened. At one point, neighbor Florentina Hernandez was the trustee and principal beneficiary of Gertrude Kieferle's estate. The stepdaughter Claudine moved in with Gertrude and took care of her. Stepmother Gertrude amended her trust to make stepdaughter and caretaker Claudine the trustee and sole beneficiary. Now neighbor Florentina was not going to receive anything with the new amendment.
After Gertrude passed away, Florentina challenged the validity of the second trust amendment under Probate Code Section 21351(a) mentioned above. The probate court ruled in neighbor Florentina's favor and invalidated that amendment. At the probate court level, the court ruled in favor of Florentina noting that section 21350 established a presumption that transfers to care custodians are the product of fraud, duress, menace, or undue influence and, since Claudine lived with Gertrude and cared for her in the evenings, Claudine was disqualified from taking under the trust.
Stepdaughter Claudine appealed the ruling and won on appeal. In reviewing the lower court ruling, the Appellate Court reversed this decision and concluded that it was an error not to apply the exception found in section 21351(a). The Court rejected the argument that the exception did not apply to Claudine because she was not an “heir”—where her stepmother’s estate did not actually contain property attributable to her father (who passed away eleven years prior)—and found that a person is the transferor’s heir if some intestate rule identifies the person as the transferor’s successor, regardless of whether the transferor’s estate includes the type of property distributed under the rule. Therefore, the section 21351 exception applied and the second amendment was deemed valid allowing Claudine to remain as the trustee and sole beneficiary of Gertrude’s estate.
Posted by Henry Moravec, III, Attorney at Moravec, Varga and Mooney.
Contact at hm@moravecslaw.com or 626-793-3210