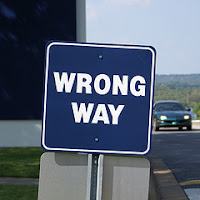 We see numerous cases where there are allegations of wrongdoing in the administration of estates, however, a recent case turned criminal. On February 13, 2012, the Ventura County District Attorney's Office arrested Geoffrey Charles Sjostrom (DOB 09-25-1954), of Simi Valley, and charged him with nine felony charges, including grand theft, perjury, forgery, and the aggravated white collar crime enhancement. His bail was initially set at $200,000.

The probate court removed Mr. Sjostrom as trustee and ordered him to account for Mr. Copland's property. At that point, Mr. Sjostrom allegedly filed a sworn declaration claiming Mr. Copland had exhausted his bank accounts when he died. A successor trustee was appointed and discovered this information was false. The successor trustee found that Mr. Copland had money in various accounts when he died and that then trustee Mr. Sjostrom methodically took more than $250,000 from those accounts by means of check and ATM withdrawals. If convicted of all charges Sjostrom faces up to 11 years in state prison.

Thus, apart from the fiduciary duties that administrators have to beneficiaries and the estate, it is critical to remember that basic criminal law can come in play if there is misappropriation of funds or pleadings filed under the penalty of perjury.

The firm website is http://www.moravecslaw.com/. The firm has two offices and consultations and meetings can be held at either office.