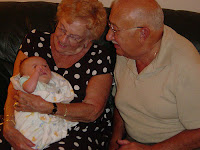 Well, no one would have predicted this!

Essentially, Congress had ten years to provide some certainty to the U.S. Federal Estate and Gift tax system. Incredibly, with the Democratic Party in control of both houses of Congress and the White House, the Estate tax was allowed to lapse completely in 2010. As 2010 wore on, there were periodic statements of what should happen to the law, should there be a retroactive bill? Would the law really be allowed to return to the 2001 standard, with high rates and only a $1,000,000 exemption?

Then, the mid-term elections occur and we have divided government again. Yet now, with a technical "lame duck" congress, incredibly, a new tax bill emerges!

And what a bill! In addition to extending the Bush tax cuts on the income tax side (along with some very interesting temporary adjustments to the Social Security withholding tax), the Tax Relief Act signed into law on December 17, 2010, lowers estate, gift and generation-skipping transfer (GST) taxes for a two-year period.

Here are some of the estate and gift highlights of the Act:

■ The estate tax will be reinstated for 2011 and 2012 with a top rate of 35 percent. The exemption amount will be $5 million per individual in 2011 and will be indexed to inflation in following years.


■ Estates of people who died in 2010 can choose to follow either 2011 or 2011's rules. The estate may choose between an estate tax based on the $5 million exemption and a step up in basis of the estates assets, or no estate tax and a modified carryover basis in the estates assets.

■ In addition, the TRA allows for the estates of decedents dying after December 31, 2010 to elect to transfer the unused portion of the $5 million exclusion to a surviving spouse.

Aside from the fact that a $5 million estate tax exemption per person, or $10 million per couple, is good news, there are many other planning opportunities raised by this new bill, many of which are caused by the fact that the gift tax exemption will now also be $5 million per person. This is the huge difference between the law since 2001 and now. Under prior law, with the gift tax exemption at $1 million, many clients who could otherwise afford to do so (from a financial perspective) could not make gifts to children or grandchildren. Now, there are many gifts which can be made, in trust or otherwise, and the parent/donor will not owe tax.

Perhaps the most surprising part of the Act is that estates of people who died in 2010 can elect to use either the new rules or the "old" rules. This addresses the situation in which an estate may owe significant capital gains tax even though no estate tax is owed. This is a surprising change because many times such inconsistencies are allowed to remain in the tax code because there is not much in the way of political capital to simply fixing an inconsistency. We have several estate matters which will be affected by this part of the Act.

The fact that the Act is in place for only two years is interesting. Perhaps Congress has realized that having these "deadlines" in place actually helps when it comes to compromise. We will see in two years' time.

He focuses his practice on Estate Planning, Trust and Probate Administration, Beneficiary and Trustee Representation, Probate Litigation, Tax Law, and Nonprofit Law. He represents clients throughout Southern California and his offices are conveniently located for clients in the Los Angeles, Orange, Santa Barbara, Riverside and San Bernardino Counties.

The firm website is http://www.moravecslaw.com/. The firm has two offices and consultations and meetings can be held at either office. The San Gabriel Valley office is located at 2233 Huntington Drive, Suite 17, San Marino, California 91108. Telephone: (626) 793-3210.

Proposed Estate Tax Deal for Two Years: 35% Tax Rate And $5 Million Exemption. Bigger Question For Most Americans: Do You Have An Estate Plan?

On December 6, 2010, President Obama announced that he has reached a deal with Republicans regarding the estate tax and other Bush Tax Cuts. Under the deal, the repeal of the estate tax in 2010 would not be extended. The estate tax would be revived, but not as it is scheduled.

Under current law, if Congress reaches no agreement, the estate tax is scheduled to come back in 2011 at a top rate of 55% (60% in some cases) and an exemption of a mere $1 million for individuals.

Under the Obama-Republican deal, the estate tax would come back at a rate of 35% and with an exemption of $5 million for individuals -- for two years. However, it is unknown whether the lame duck House would pass an estate tax exemption this high. This proposal may also not be popular among the Democrats.

From a planning perspective, the question is what should we advise our clients? Our approach is simple. Plan with the current law and not based upon any politicians' proposal.

One problem with this current proposal is that it's not a permanent solution. Under the deal the 55% tax rate and $1 million exemption would return in 2013. Married taxpayers will still need to utilize highly flexible planning that will allow the surviving spouse to adjust the planning after the first spouse’s death. This can be done by utilizing a “wait-and-see” trust that can adjust for different Federal and State exemptions and can be adjusted for up to 15 months after the date of the first spouse’s death if congress changes the law.

Get an estate plan. According to a Lawyer.com survey in early 2010, many Americans do not have proper estate plans. Only 35% of Americans now report having a will and only 21% have a trust. Thus, while a great deal attention is focused on the proposed legal changes, it is important to focus on yourself and your family and get an estate plan in place and not wait for Congress to act.

He focuses his practice on Estate Planning, Trust and Probate Administration, Beneficiary and Trustee Representation, Probate Litigation, Tax Law, and Nonprofit Law. He represents clients throughout Southern California and his offices are conveniently located for clients in the Los Angeles, Orange, Santa Barbara, Riverside and San Bernardino Counties.

The firm website is http://www.moravecslaw.com/. The firm has two offices and consultations and meetings can be held at either office. The San Gabriel Valley office is located at 2233 Huntington Drive, Suite 17, San Marino, California 91108. Telephone: (626) 793-3210.